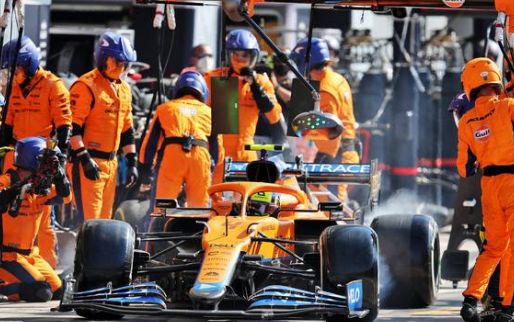 Will Sochi be a down to earth experience for McLaren?

With the incredible exit from the Italian Grand Prix, McLaren reached an incredible peak. However, Sochi could mark a ‘come down to earth’ experience for the Woking team. Here’s what they can hope for and expect from this coming weekend.

With an incredibly long start / finish straight and the rear straight of turns 10-13, engine performance is critical to success on this circuit. With the assistance of the DRS, overtaking is much easier. The Aero packages are said to have undergone minimal changes from the Monza as well, with suspensions and minor tweaks on the cars to help get through some of the corners out of the camber.

With inclement weather conditions, engine power will play a vital role in making up for lost cornering time. This has certainly proven to be the case on clear race weekends, with the dominant Mercedes team holding the victory in every appearance on the Russian track.

McLaren’s impressive straight-line speed was fully visible at the Italian Grand Prix, with drivers Ricciardo and Norris second and third respectively ahead of the lights off on Sunday. From there, they were able to hold their own in a fight against Mercedes and Red Bull cars to win their first double since 2012.

However, Sochi may contain a different story. McLaren has recorded only one successful outing in the last three years on the Russian circuit, with Sainz’s sixth place and Norris’ eighth place in the 2019 Grand Prix being the only points they have been able to register. They hope, once again, to rely on the extra performance of their engine to come home with a good result. Let’s not rule out the possibility of teamwork either. With the straights providing a wake out of the line, we could see the two Papaya cars helping each other get onto the grid and away from their rivals (think 2019 Ferrari).

If they can’t repeat the incredible success at Monza, they can still deal a heavy blow against Ferrari for the constructors’ championship. Maranello’s squad also bounced back from 2020 with their engine performance, recording the fastest times on the Beau Rivage hill in Monaco and locking in the third row of the Italian Grand Prix.

Yet it could prove to be a crucial battleground in the fight for third place in the Constructors’ Championship.

AS Monaco outclasses Saint-Etienne at home